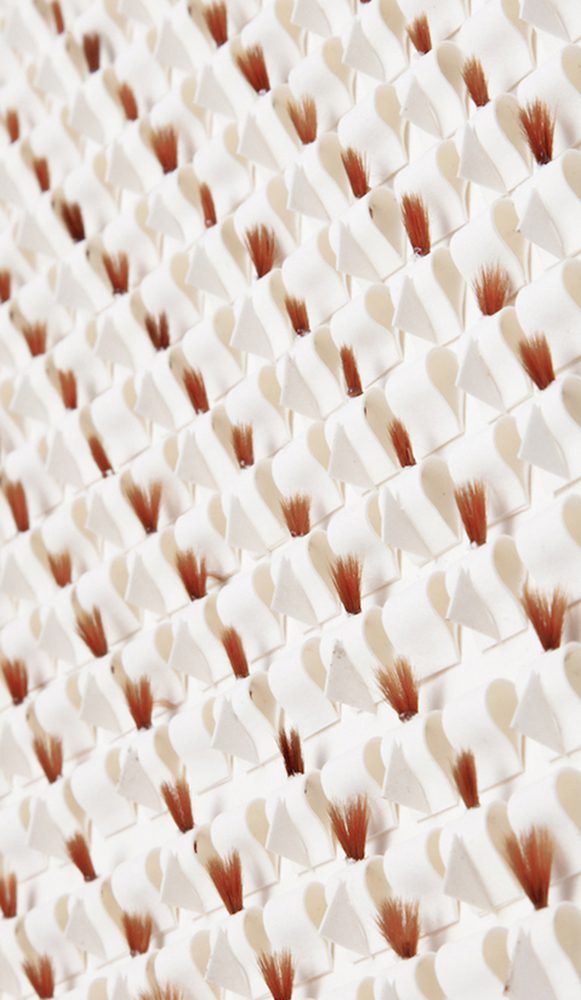 Cachet of a Higher Calling 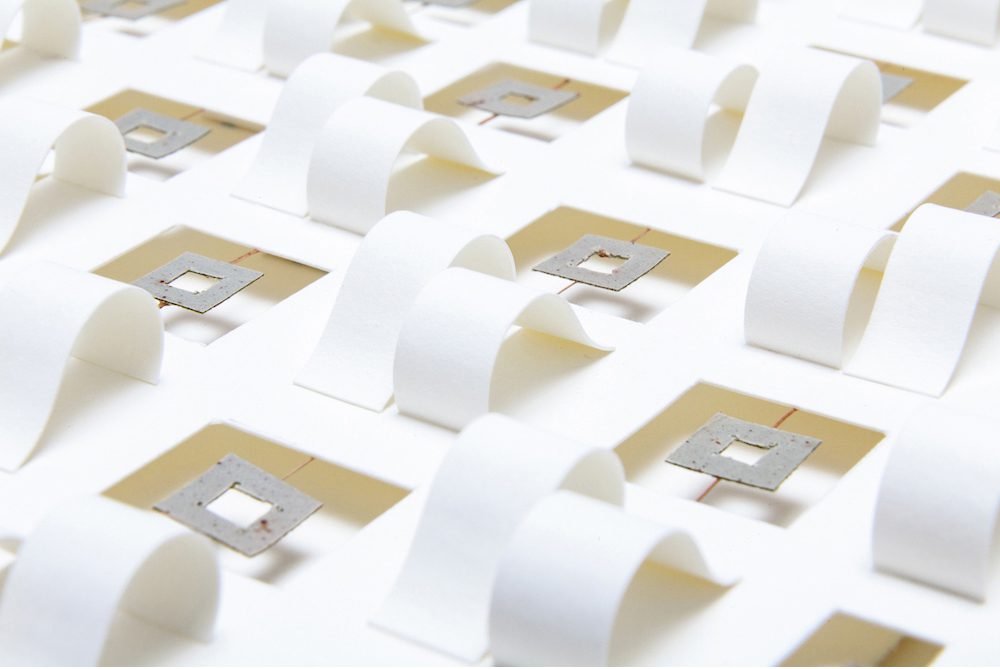 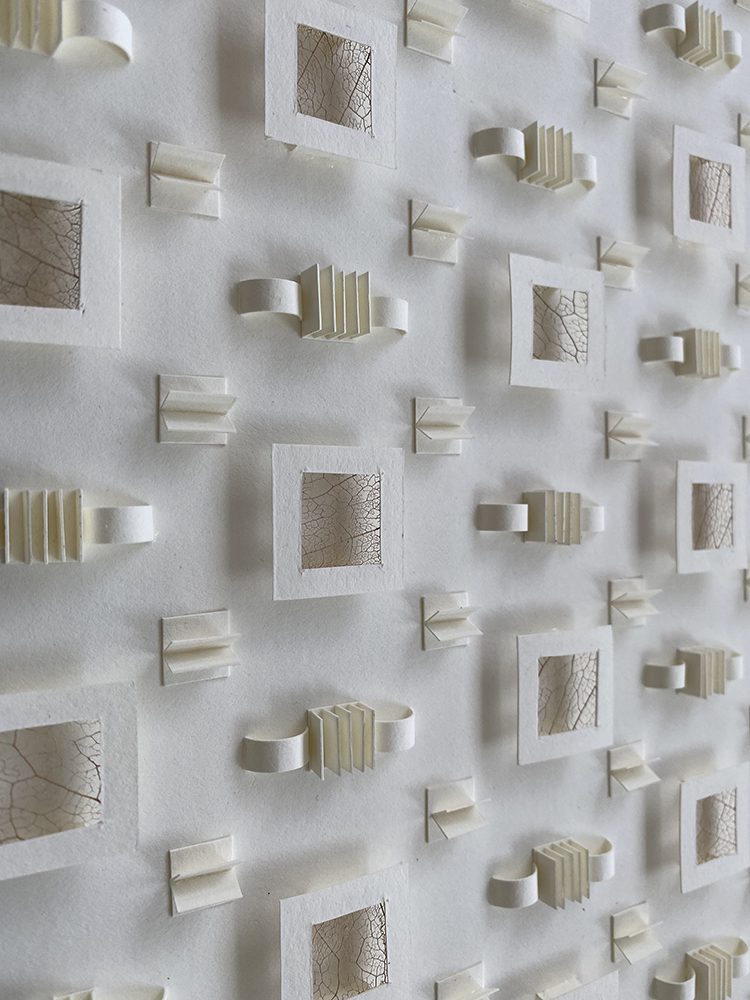 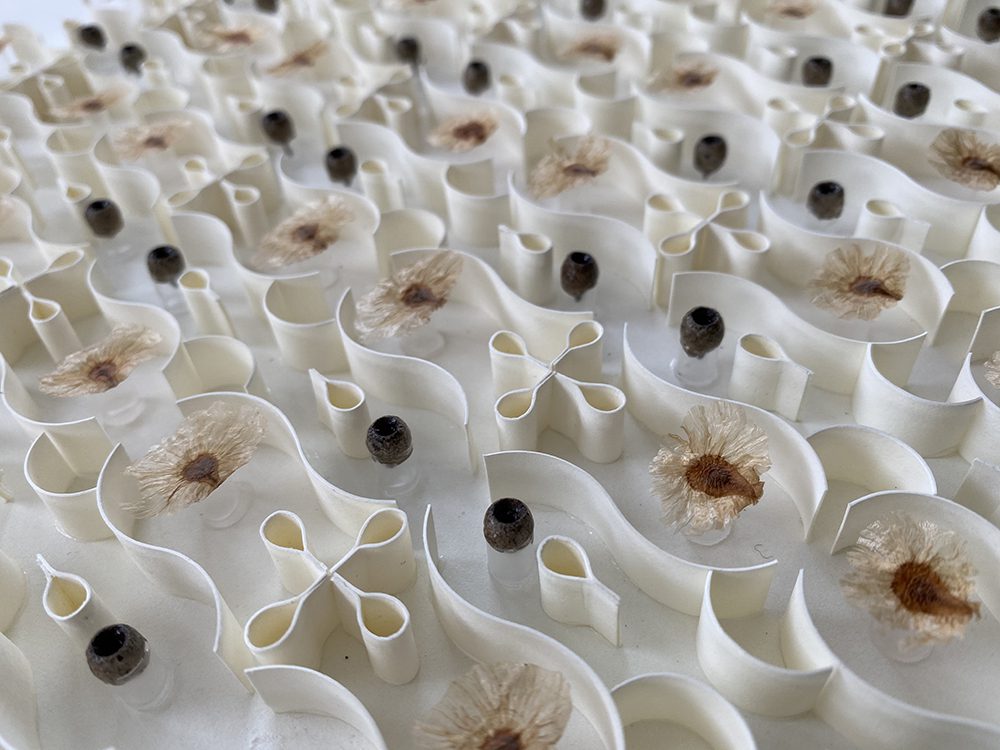 The Offspring of Chaos 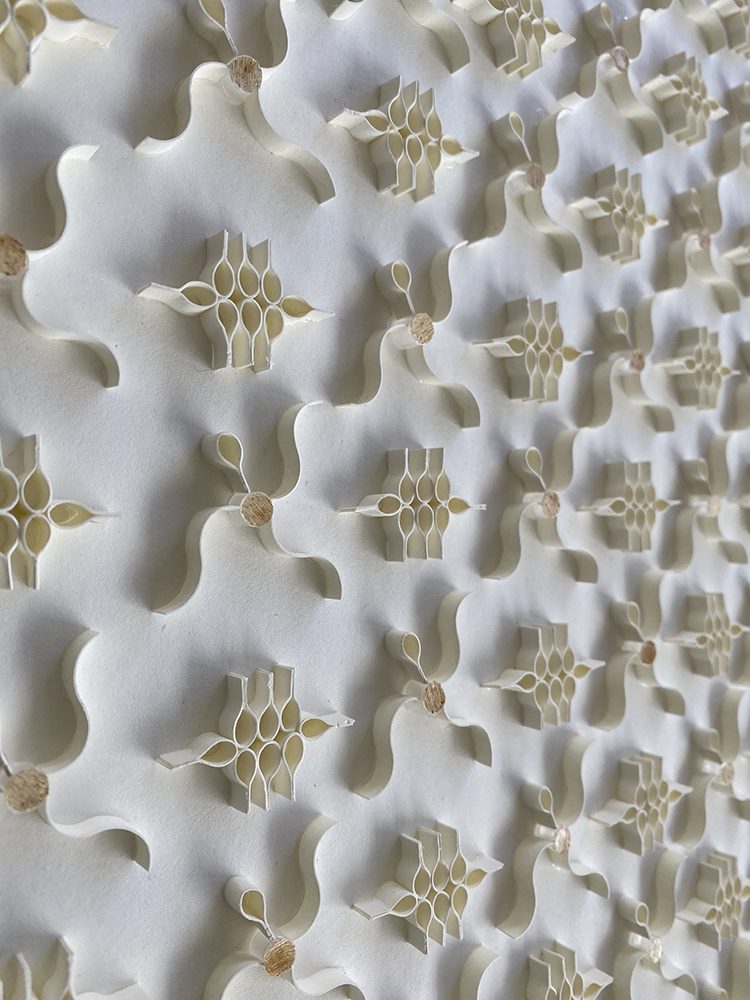 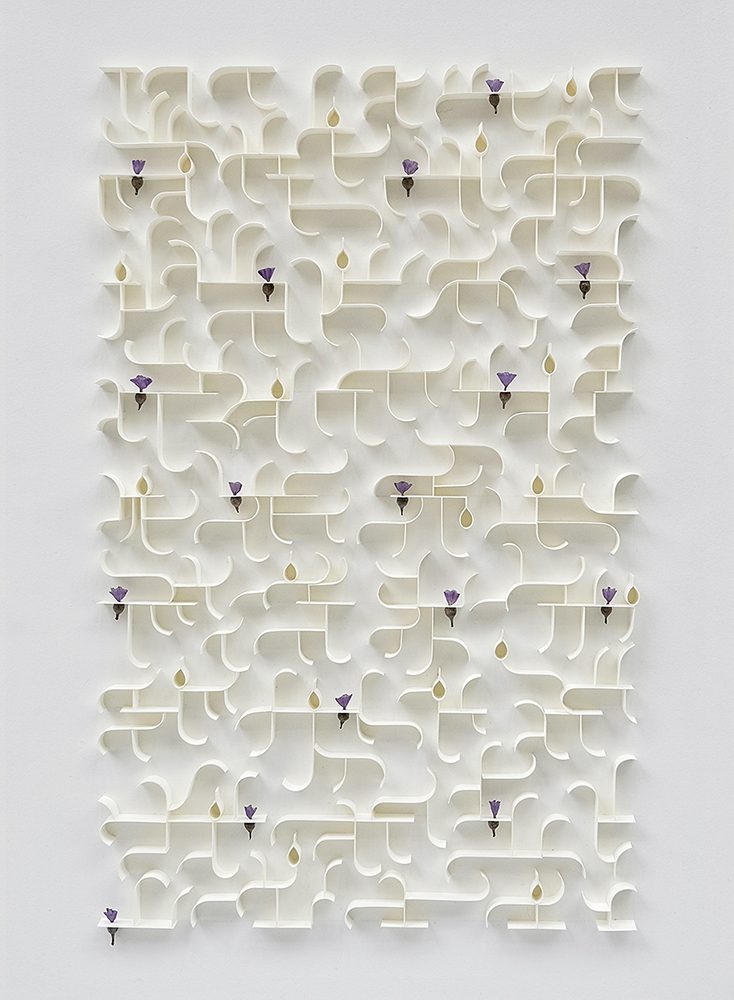 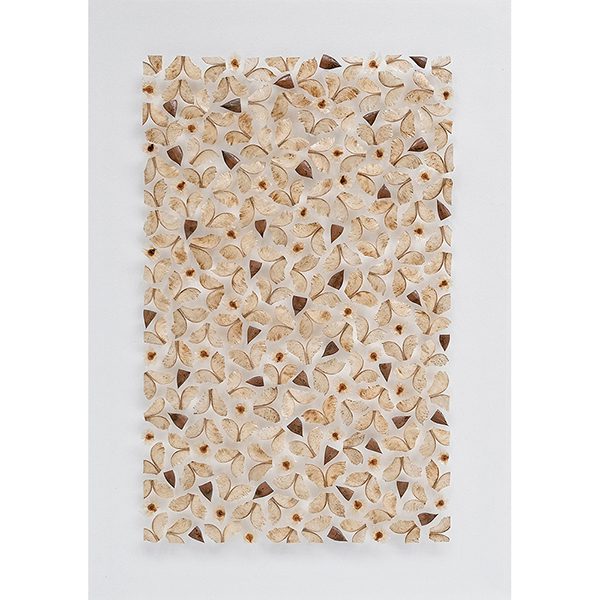 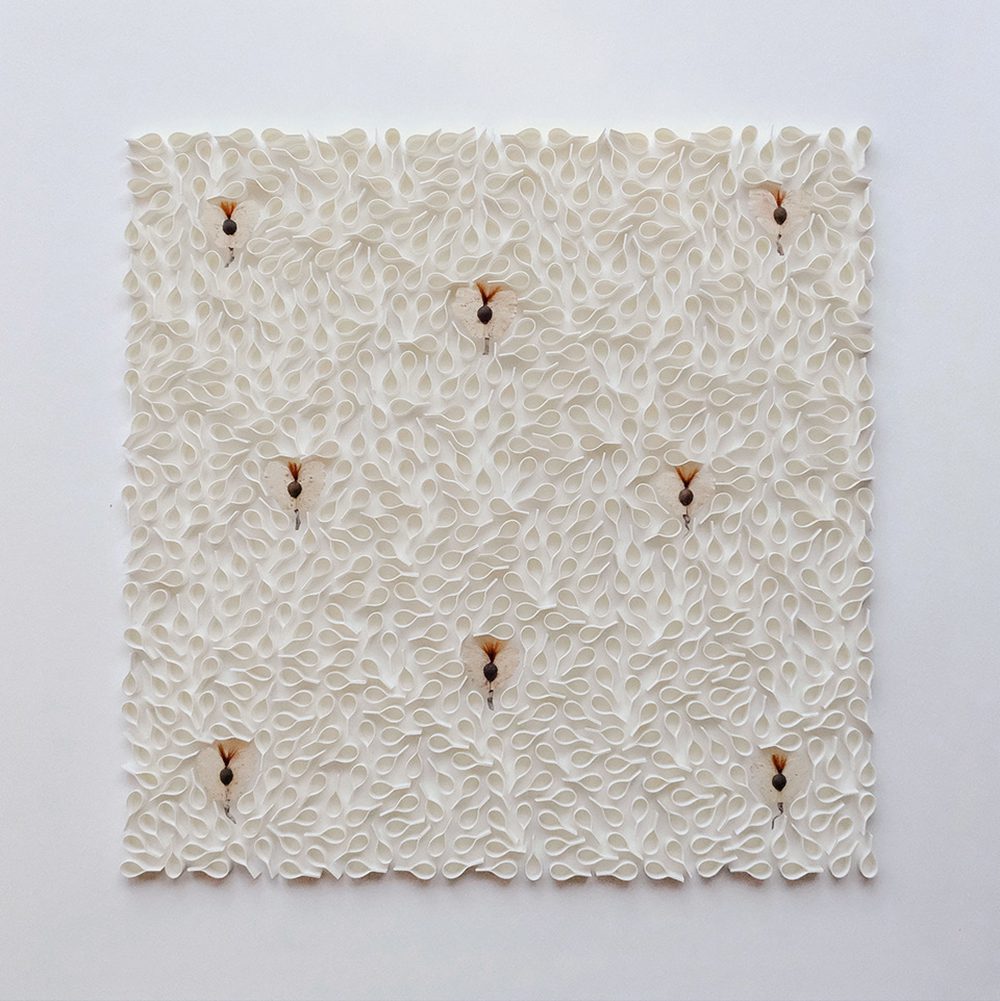 Rosary Of A Thousand Moments 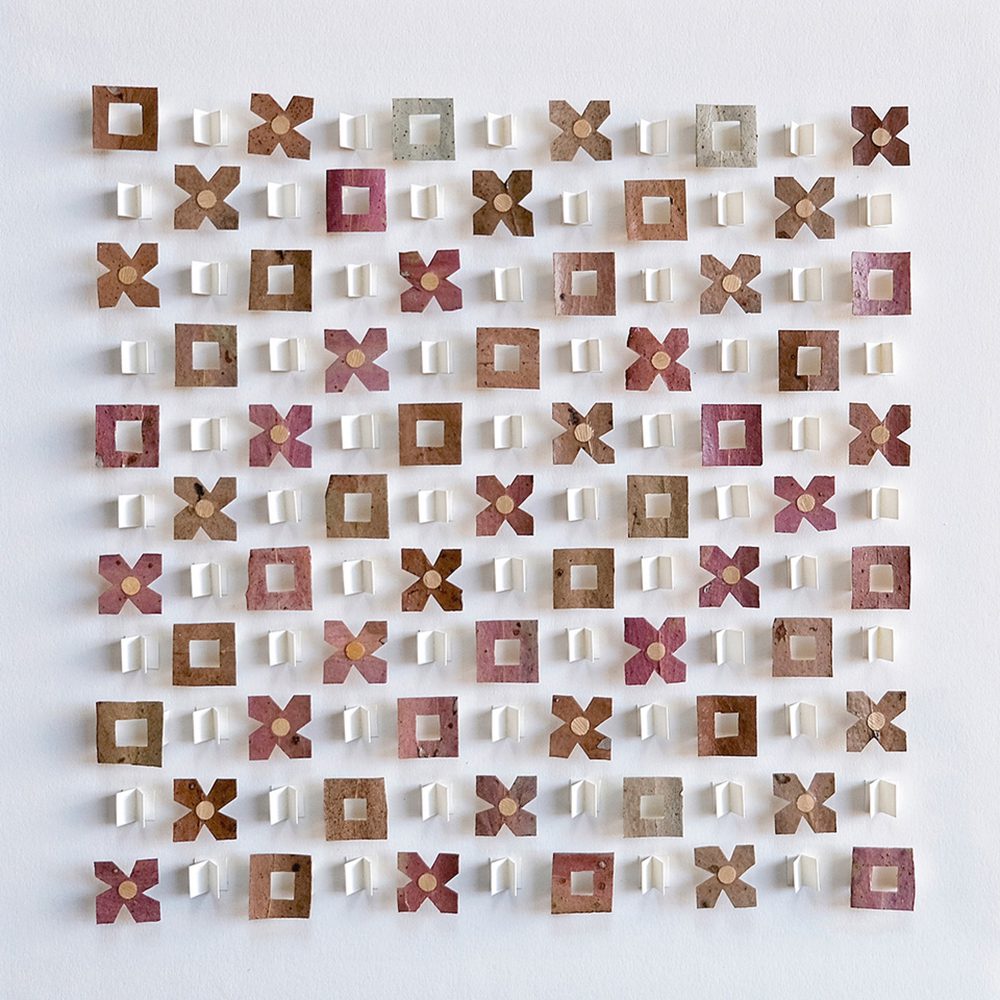 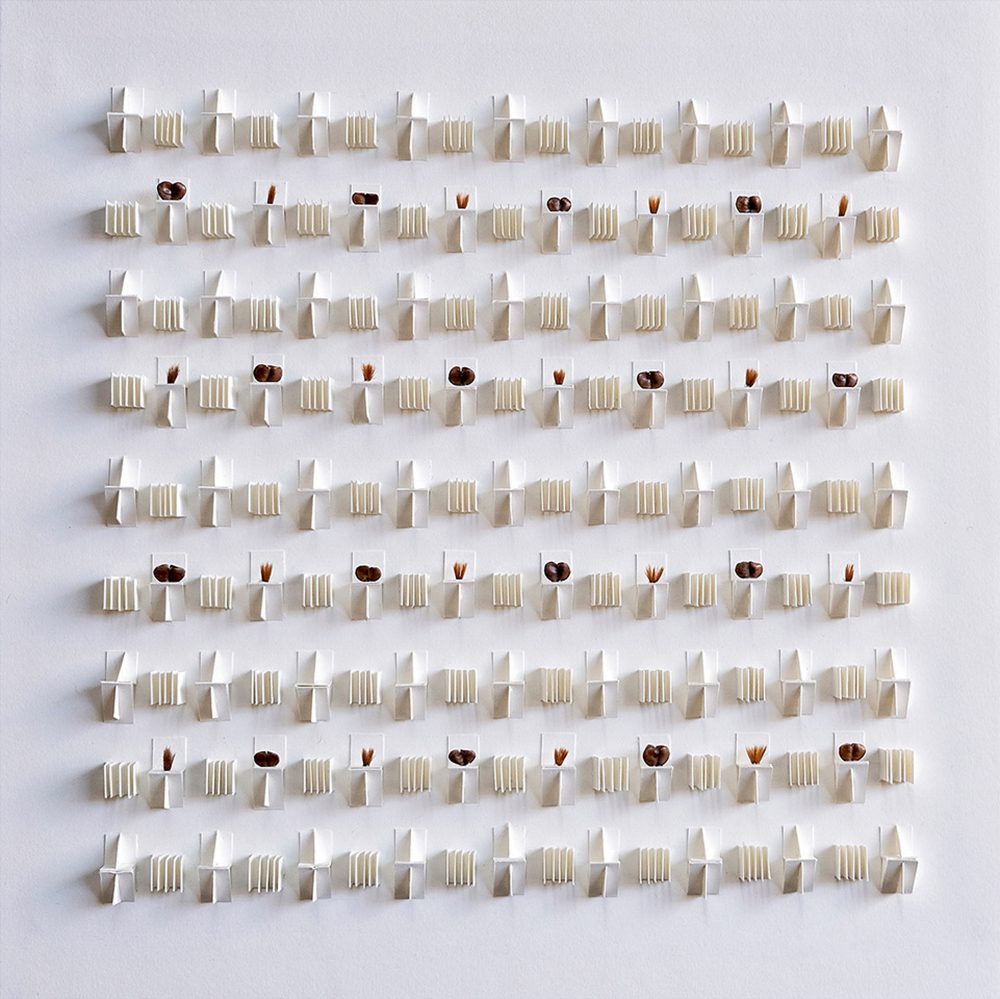 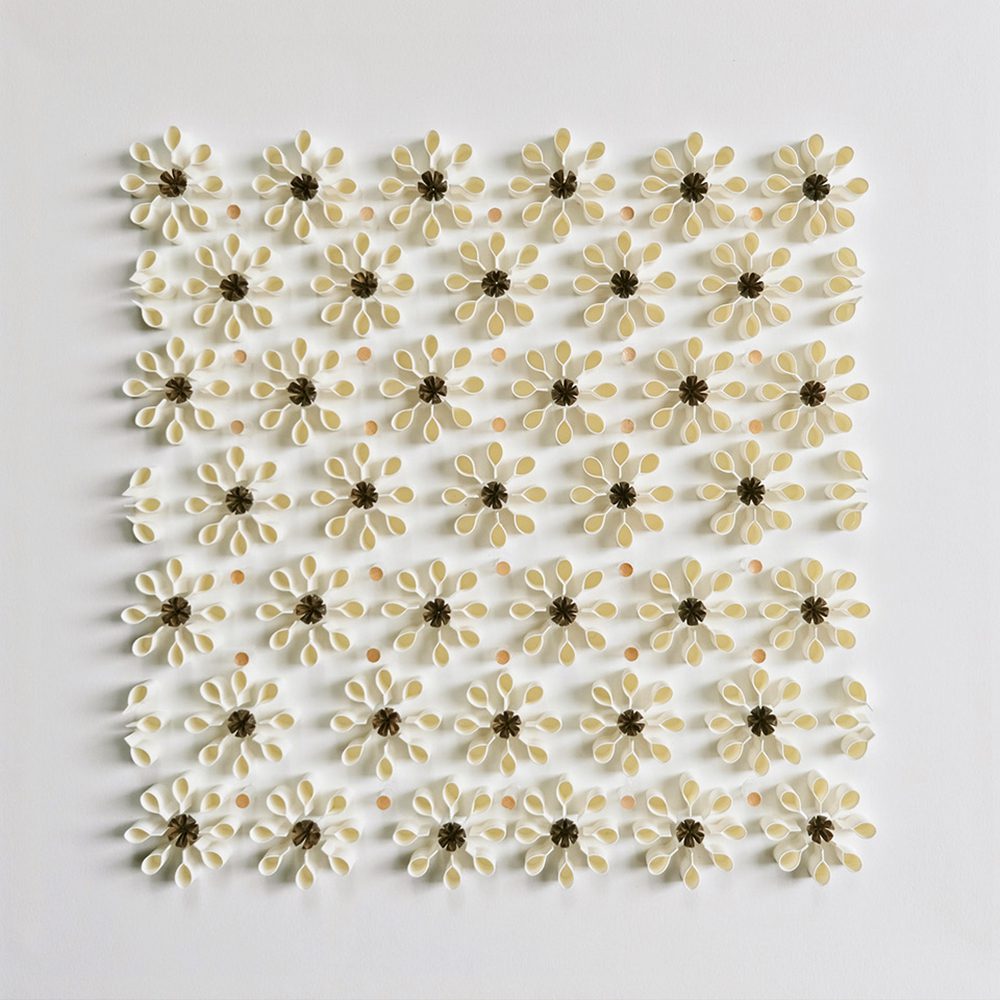 ‘Ubuntu’ (I am because you are) 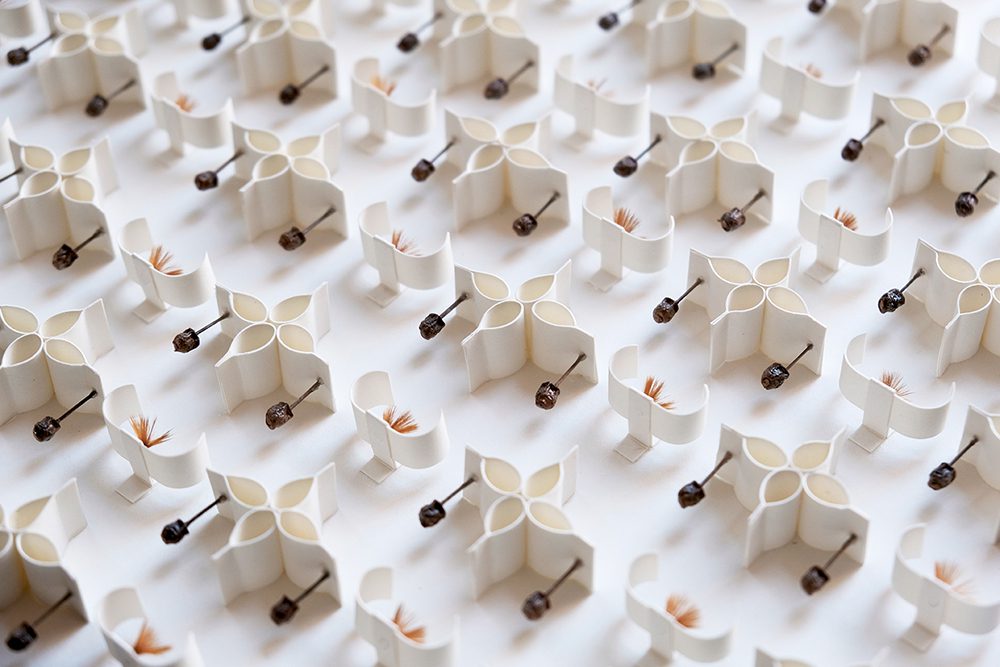 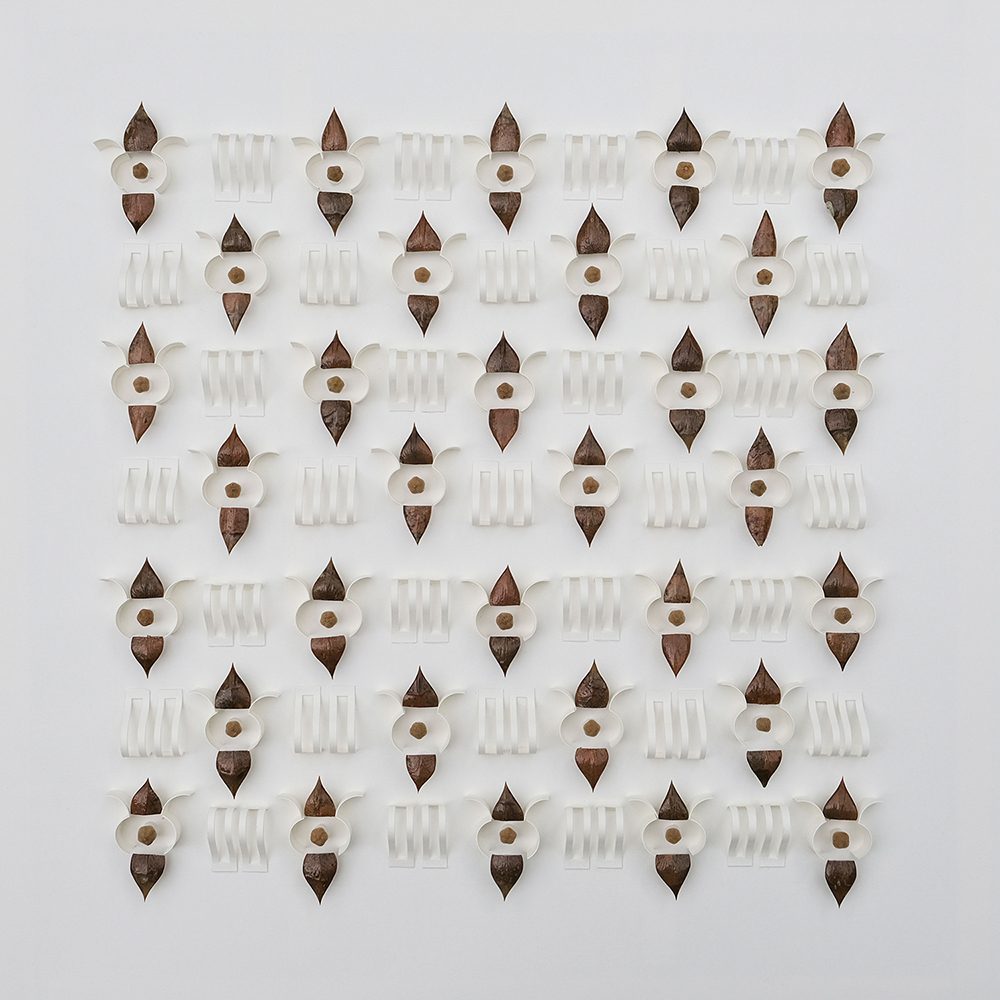 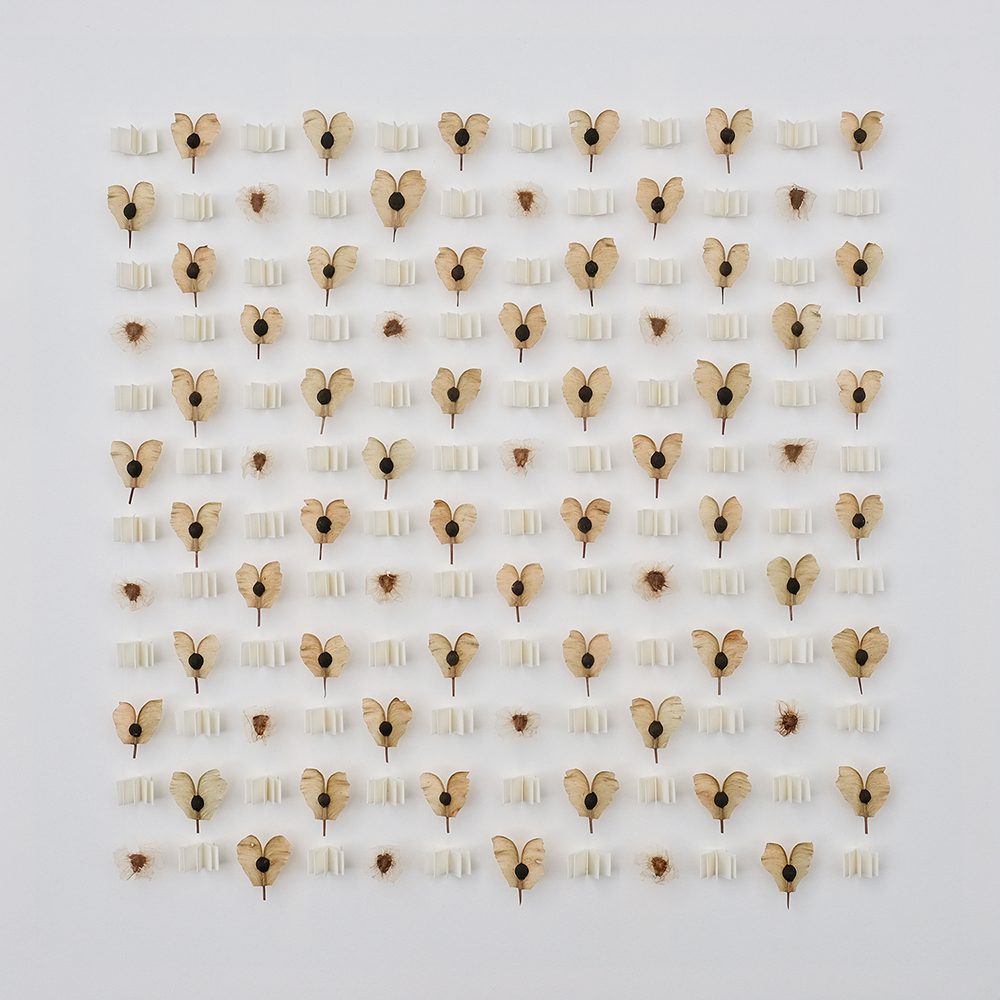 The onslaught, pace and ubiquity of change in modern life has said to have altered the way our brains are being wired. Our ability and need to adapt to this continuous flux leaves us reaching out for something concrete, something familiar, something certain. My art practice is an attempt to reestablish a connection with nature and offer pause and reflection in an intimate space as an antidote to the barrage of stimulation which has taken host in our ever-evolving technological world.

“One of the most extraordinary aspects of engaging with James’s work is the intense sense of discovery induced in the viewer. From the first distant view of the patterning, the viewer is drawn in to explore the detail. It is here that there is simple joy in finding that the set of fine lines is actually a row of tiny sticks; that the collection of small circles is a group of tiny gum-nuts; that the little brown mark is a brush teased from the fluff of a Proteus.”

James Blackwell’s work centres on themes of nature, silence, structure and meditation. Utilizing natural materials gathered from the Australian bush, he reconfigures the materials into grid-like, three-dimensional formations with the use of textured and handmade papers as a support.

Blackwell graduated from the National Art School with a Bachelor of Fine Art in Photography and continued with an Honours degree in drawing in 2002. Since then, he has continued to exhibit in commercial galleries in Sydney and the Blue Mountains. In 2010, Blackwell had a solo show at Bathurst Regional Gallery titled ‘Second Nature’. Another major solo exhibition followed in 2015 at the Blue Mountains Cultural Centre after he was a winner of their Exposé local artist project. He was awarded the Windmill Trust Scholarship (NAVA) which went towards the production of this exhibition. Blackwell has also participated in the coveted Hill End Residency and in 2013 was involved in the Bundanon Trust Residency. 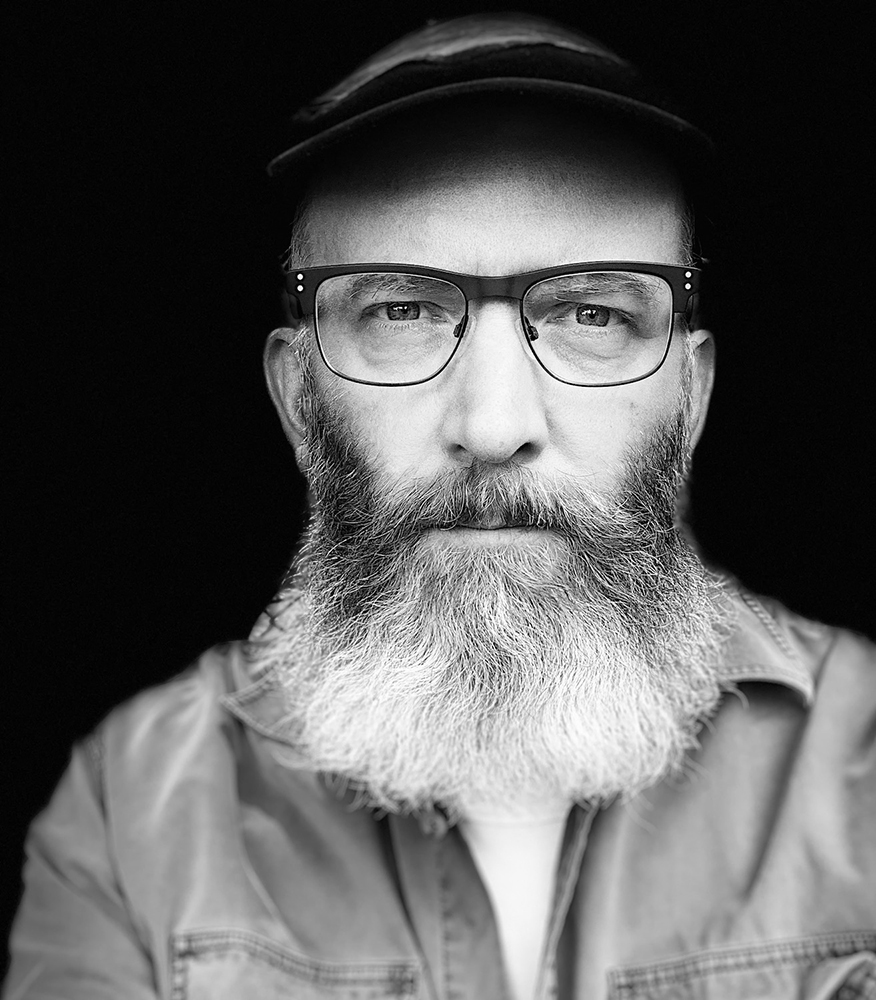 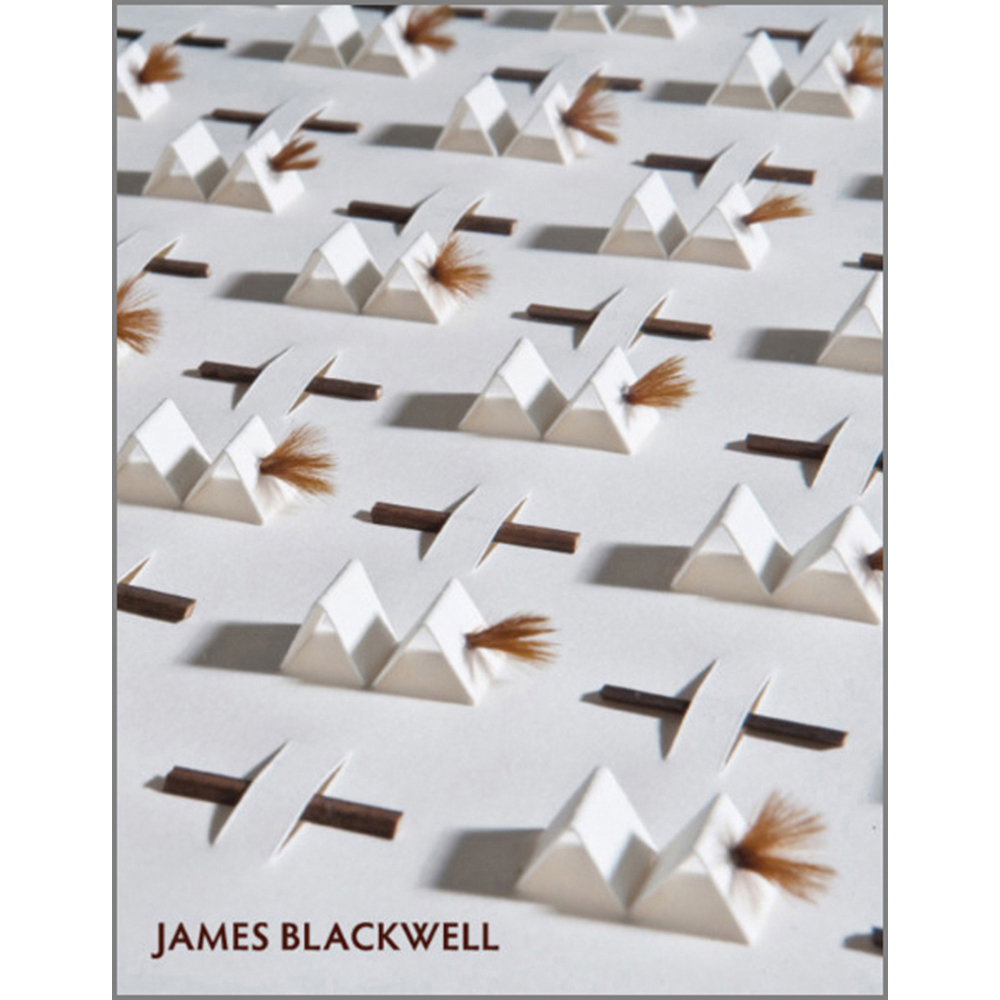